Stop whistle and steadiness – from full speed to full stop

In a previous post on steadiness, Sit, sit, sit, I talk about the importance of the dog being able to sit and remain sitting in various situations (no matter if it’s a spaniel or retriever – and if you don’t want your retriever to sit on the stop whistle the principle is the same, the dog should be steady as a rock)

With Tassla I began already when she had just been living with me for a couple of weeks. I started with playing to inspire fast sits. I might add that it wasn’t very difficult 😉 Because the first thing Tassla offered when we had played with the toy and I removed it was a sit. So then it was just to capture – that is reward – that. I rewarded her by either starting to play again or give her a treat while she was still sitting. 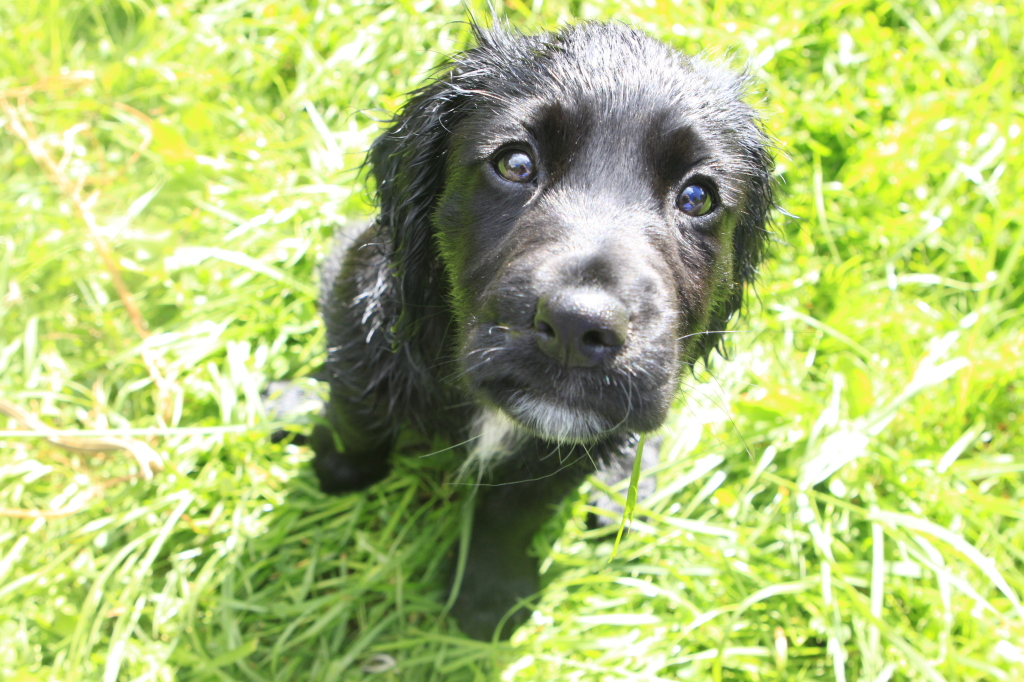 I also started making it a bit more difficult as soon as I could. I started giving the cue in different environments when we were out on our walks. I vary my rewards so that I sometimes throw the treat to her and sometimes walk up to her and give her the treat (Hint: big treats are easier to throw). 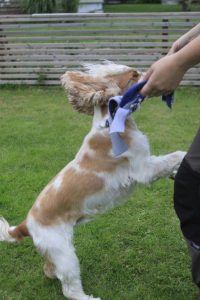 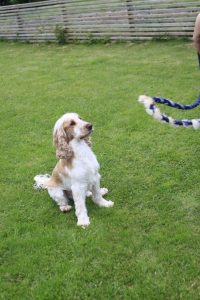 Totte learning to sit when the toy disappears.

But as with everything the balance is important. I want the dog to jam on the brakes in a split second when she hears the cue – even though she’s in the middle of a very intense hunting situation. But then she should remain sitting and be steady!

As you are well aware by now a part of our training philosophy is to split the training into pieces and train one thing at a time. But sooner or later they need to be pieced together.

The trick is to, in parallel with the stop whistle training (fast stops with many rewards) also train steadiness. And when the dog gets really got at stopping and sitting I combine it with the steadiness training. Then a training session might look like this:

We’re training steadiness with distractions. The dog knows reversed luring and I’ve transferred reversed luring from treats in my palm (you can see a video of Tassla doing this as a puppy below) to a toy and other distractions. The dog gets her rewarded for being steady even though I throw toys and treats around her (this is quite difficult training, so we’ve of course built a good foundation with easer distractions prior to this).

After a few repetitions I switch to training the stop whistle. I let the dog loose so she runs away a few yards and then I blow the stop whistle. Since I’ve tought her it the way I’ve described above she will stop and sit. Then I bring out my reversed luring. To start with I do it as easy as possible, just with treats in my palm, while I walk closer to the dog. When I’m close to the dog and she’s still sitting I give her the treat. 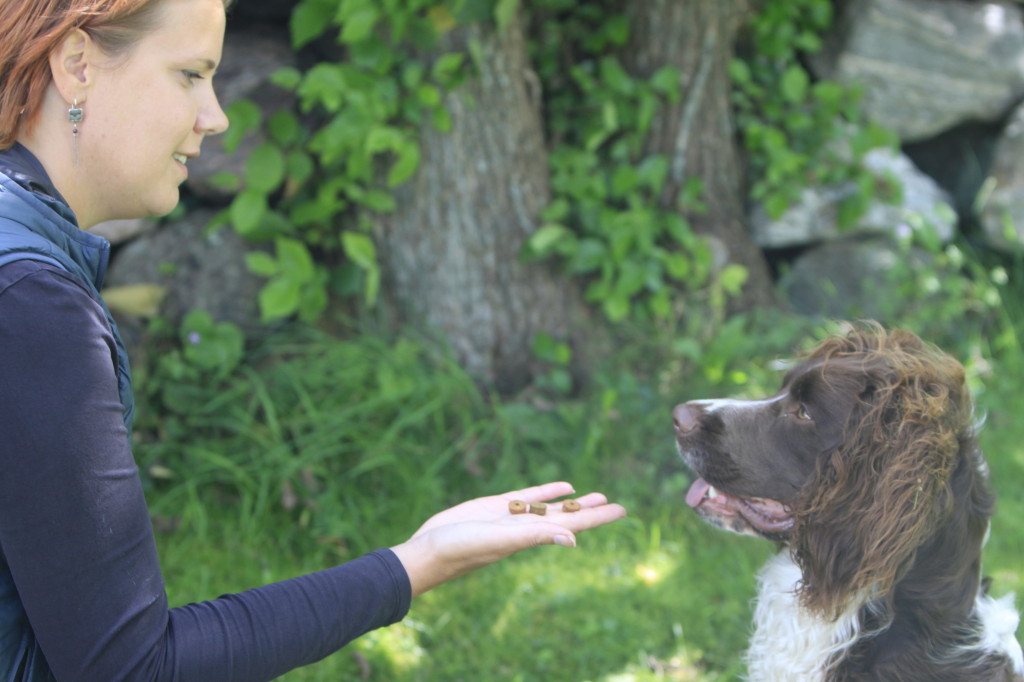 Then it’s just to move the behavior to more and more difficult situations. AND I also continue to train stopping and steadiness on their own – with increasingly difficult distractions. I like to work with both these small pieces and longer behavior chains throughout the dogs entire training life, even if the dog “knows” the behavior. A chain is never stronger than its weakest link…